Deb Foster in the frame
www.artswfl.com 2020


Bad Kiwis by Deb Foster and Rebecca McFadzien was named Best Short Film at the 8th Annual Fort Myers Film Festival in 2018. The filmmakers are back again this year. With Bad Kiwis 2: Kiwi Driver, an eight minute comedy in which the duo visit the California DMV for purposes of getting their U.S. driver’s licenses. The acting is crisp. The wit is dry. The yarn is as good as gold. And the production value (cinematography, sound, music) will impress even the most discerning filmmaker. Foster plays the part of Olivia.
Foster has appeared in numerous commercials in New Zealand, performed in Off Broadway productions in New York City and written, produced and starred in four award-winning short films in Los Angeles. In addition to writing, directing and starring in Bad Kiwis and Bad Kiwis 2 with Rebecca McFadzien, she played the lead in Leap (2016) and Angela in the feature film Compound (2014).
Deb’s television work includes the roles of Lindsay Nichols in Murdered by Morning (Oxygen Network, 2019), Joan Noble in Murder Loves Company (Investigation Discovery Channel, 2018), and a guest appearance in Aquarius (2015).
Deb has also appeared in the Web Series Fozz ‘n’ Karpz (2016) and as a guest star in Americandians (2016)
Deb has made her way from Auckland (New Zealand) to London then New York City and finally Venice aided by a love of adventure, a louder-than-your-average-laugh and a bucket full of skills (in front of and behind the camera). When she’s not performing roles in films written, directed and produced by other talented screenwriters, director and filmmakers, she continues to develop projects of her own through her own production company, Rollin’ Laila, where she plans to build a team of female filmmaking ‘bad asses’ who create stories that speak to women.
Not one to take herself too seriously, the Bad Kiwis anthology is an ongoing project that explores what it feels like to be a Kiwi in Hollywood – the good, the bad and the ridiculous. From that vantage, Deb looks forward to making more unapologetic and outrageous projects like this Bad Kiwis and Bad Kiwis 2: Kiwi Driver in the future.
September 5, 2020.
RELATED POSTS. 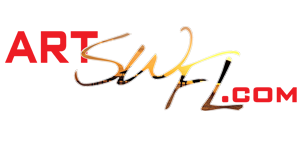 The 8th Annual Fort Myers Film Festival wrapped up last night at the Broadway Palm Dinner Theatre with a champagne and dessert awards ceremony, and taking top honors as Best Short Short film was Bad Kiwis, directed by and starring Deb Foster and Rebecca McFadzien.
Deb Foster plays the part of Olivia. In addition to Bad Kiwis, she is also known for Leap (2016) and Fozz ‘n’ Karpz (2016).

Deb was born and raised a “Westie” from Auckland, New Zealand. She got the travel bug and a thirst for adventure early on in life. At 18, she moved to London, then later to New York City and has settled (for now) in Venice, California.

Foster has always loved exploring the arts, particularly those involving a camera. Whether in front of it, or behind the camera, Deb loves to use her skills as an actor, writer, director, producer and photographer to create work that she hopes will inspire and give confidence to others who want to create work that brings them joy.
​
Not one to take herself too seriously, Bad Kiwis is a project of which Deb is particularly proud. The film is an expression of what it feels like to be a kiwi actress in Hollywood – the good, the bad and the ridiculous. That said, Deb looks forward to making more unapologetic and outrageous projects like this one in the future.